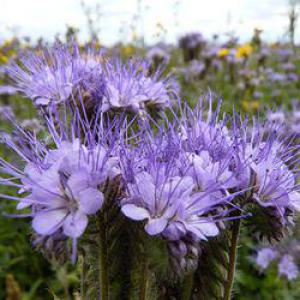 This is a common plant that belongs to the family   Aquiformes. The annual and single-cut phacelia is considered an excellent green fertilizer and an ideal melliferous and forage crop. It is often grown by gardeners, as it grows quickly, forming an abundant green mass. Phacelia has delicate leaves that decompose quickly and is an excellent fertilizer with a predominance of nitrogen. The plant is grown in different areas. It can safely tolerate even stony and sandy soils. Phacelia can bloom in summer and fall if sown in late spring. Flowers appear 2 months after sowing. The biomass of the plant is decomposed in the soil and turns into a good fertilizer. The soil is saturated with humus and organic matter. About 200 kg of green mass can be collected in 40 days. In one summer, it is possible to get 3 or even 4 crop rotations. The early maturity of the phacelia makes it possible to make a fertile site out of poor soil. After 2 years, such soil makes it possible to obtain high yields without the introduction of additional fertilizers. Phacelia loosens and structures the soil well. In addition, the plant is considered an excellent means of effective pest and weed control. It prevents the occurrence of fungal and viral diseases, and also contributes to the speedy closure of the grass stand.

The plant is a good honey plant. The blue phacelia flowers attract bees. It is possible to collect about 300 kg of honey from one hectare. This plant can act as a precursor for any vegetables. Phacelia can be grown in areas with poorly developed agriculture. It is sown in autumn, early spring and before winter. The short growing season allows it to be sown several times in one season. The plant is often grown with fast growing fodder crops. In combination with legumes, phacelia provides a high yield of nutrients.

Phacelia is a perennial or annual herb. It is grown not only to decorate your site, because it blooms very beautifully. It has many useful functions that will definitely interest both gardeners and gardeners.

Where to buy phacelia seeds in Russia? Take advantage of our offer to buy phacelia flower seeds with delivery of goods throughout the country (including to the cities of Moscow, St. Petersburg, Yekaterinburg, Kazan, Ufa). At the same time, planting material can be purchased in bulk - it all depends on what exactly you need this crop for.

There are over 200 different varieties of phacelia today, but they mostly grow in America. In our area, tansy phacelia is planted. It blooms at the very beginning of summer, creating a blue blooming carpet. At the same time, the flowers exude a very pleasant aroma, and therefore bees will become your regular guests. This plant is a very good honey plant.

Another useful use of phacelia is as a green manure. The earth improves its qualities to a depth of about 20 cm. It becomes looser and more fertile, and also begins to better let air through. If you plant phacelia for several years in a row in the same place, the development of nematodes is suppressed, and weeds will grow very poorly here.

Phacelia can be planted between rows with other crops such as cucumbers, zucchini, cabbage. First, it will protect plants from the scorching sun, wind and temperature changes at night. A little later, it can be cut and mulched crops - it will give up nitrogen, retain moisture in the ground, and this, in turn, will only lead to an increase in yield.

You can plant phacelia before winter, but here you need to guess the timing. The grains should not sprout during the winter. And in spring you will receive really high-quality and good land for planting other crops.

Subtleties of planting and caring for phacelia

The plant is very unpretentious. Phacelia seeds can be planted both in a sunny area and in the shade in the future, it will grow well. The earth should be light and allow water and air to pass through well. Drainage is also required. Withstands temperature drops even down to -9C. However, it will not grow on salty or acidic soil.

It is important to plant it where there will be no cold winds or drafts. Watering should be done regularly, but not overfilled. It is not necessary to transplant phacelia without a serious need - it can get sick because of this or even completely die.

You can plant seeds in April or May - it all depends on the weather in your area. The seeds are mixed with sand and deepened into the soil. The first shoots will appear in a week. They can grow unevenly. Thinning will be needed over time.

Several times a season, you can fertilize with mineral fertilizers. Thanks to them, the phacelia will bloom more luxuriantly and grow faster.

The best part is that the culture is not susceptible to diseases and pests. This makes it much easier to care for her.

There are many interesting phacelia varieties. Among them, the following types are successful:

● Tansy. If earlier it was an agricultural crop, today it is used mainly as a decorative one. It blooms in a light blue color;

● Bell-shaped. It is an annual that blooms in June. There is a famous hybrid called 'Blue Bonnet' which blooms in deep blue;

The phacelia seed sale includes many varieties that you will love. And the price of phacelia seeds is good news. The plant can be used for decorative purposes, and as a honey plant or green manure, and this is a huge benefit for gardeners.
Photos 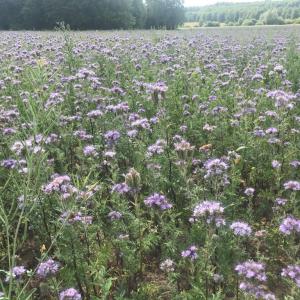 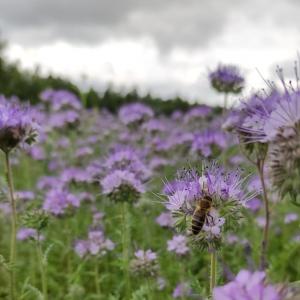 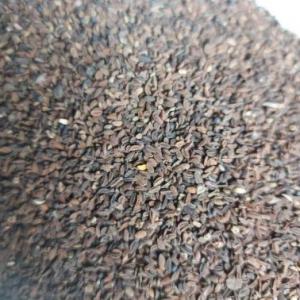 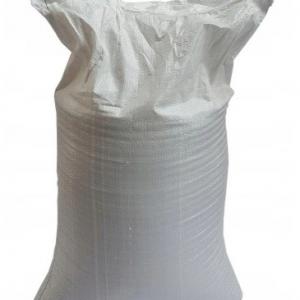